In addition to our exhibition at GKo Gallery, Claire and I offered to present two low-tech printmaking workshops while we were in Tolosa. Since I shoot almost all of my silkscreen photostencils in sunlight in Wells (sometimes overcast, often with snow around!) instead of using an expensive, electric-powered exposure unit, it made sense to share what I’ve learned about this process over the years. The best place to do this was at the studios at BoxA Arte Elkarte where Garikoitz and others do screen printing and mural project preparations, as well as other activities. He put together this nice poster in Euskara and Castellano for the workshop: 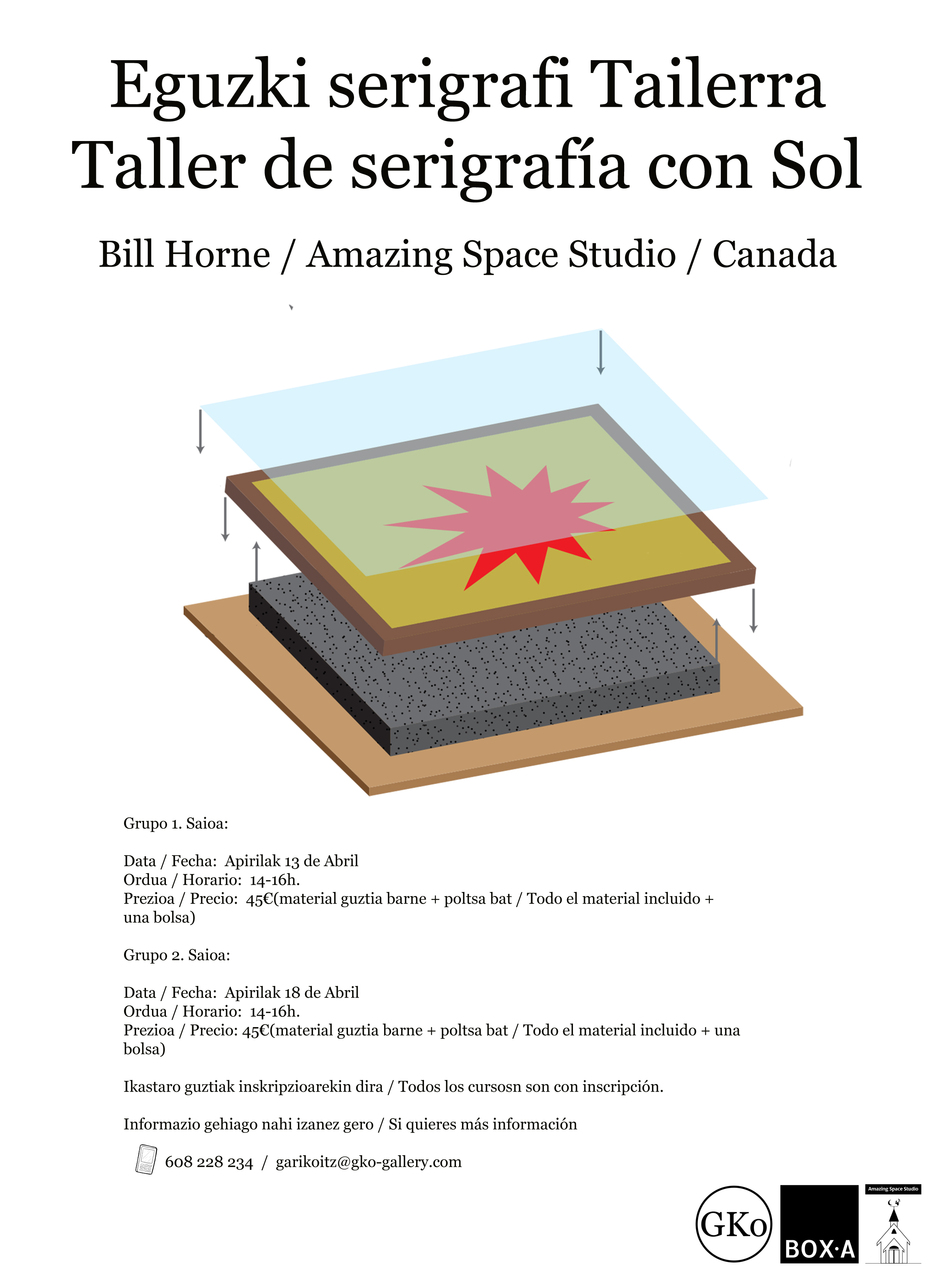 BoxA is about a 15 minute walk from GKo and located in an old warehouse. It’s operated by a collective – the Association of Young Creators of Tolosa – and has a performance space and bar on the ground floor, as well as a patio and an area that the collective has gradually been developing as a garden. There are always people working in and around the building, and lots of workshops, events and jam sessions; energy radiates from within and without. 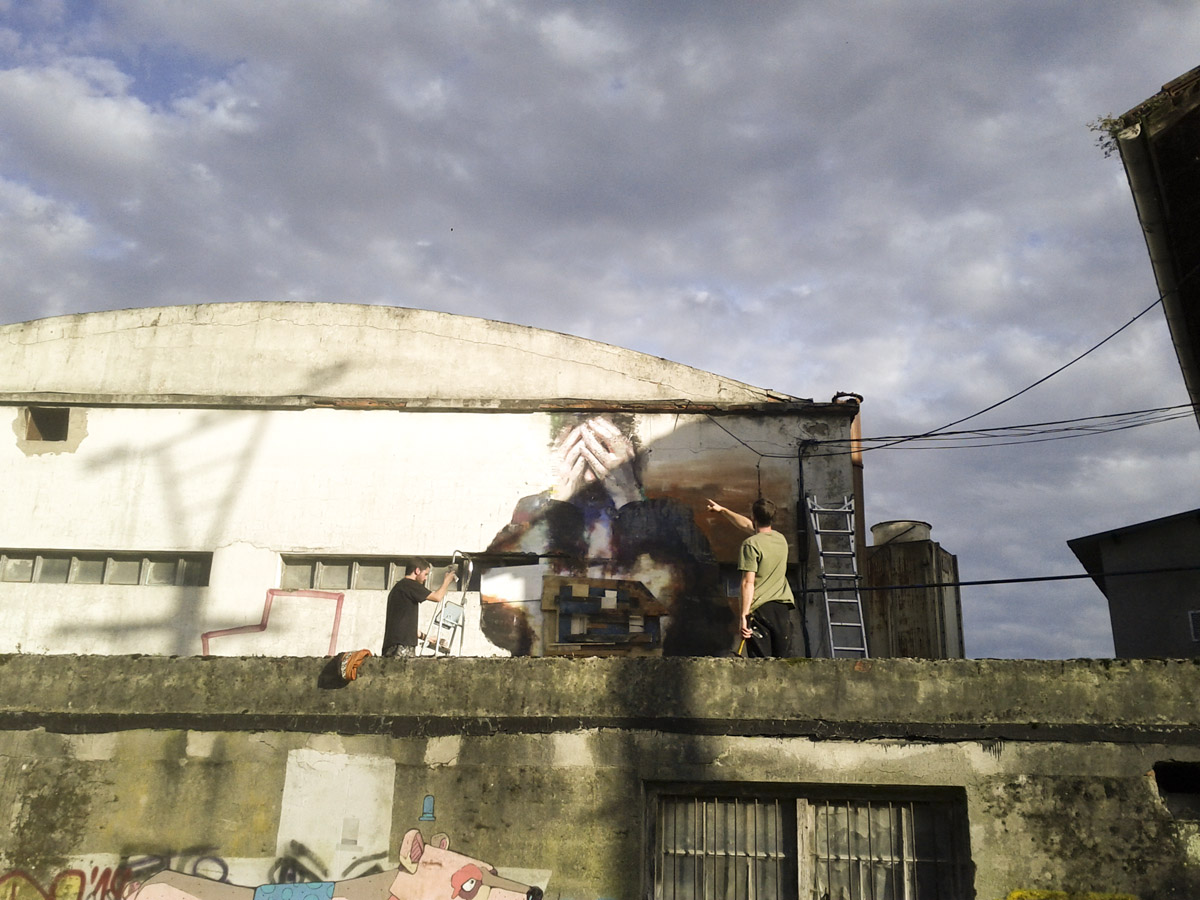 Earlier I had attended an excellent workshop at BoxA on photo transfers that Joseba Mercader, a local photographer and collective member led, and met more artists who became good friends during our stay in Tolosa. 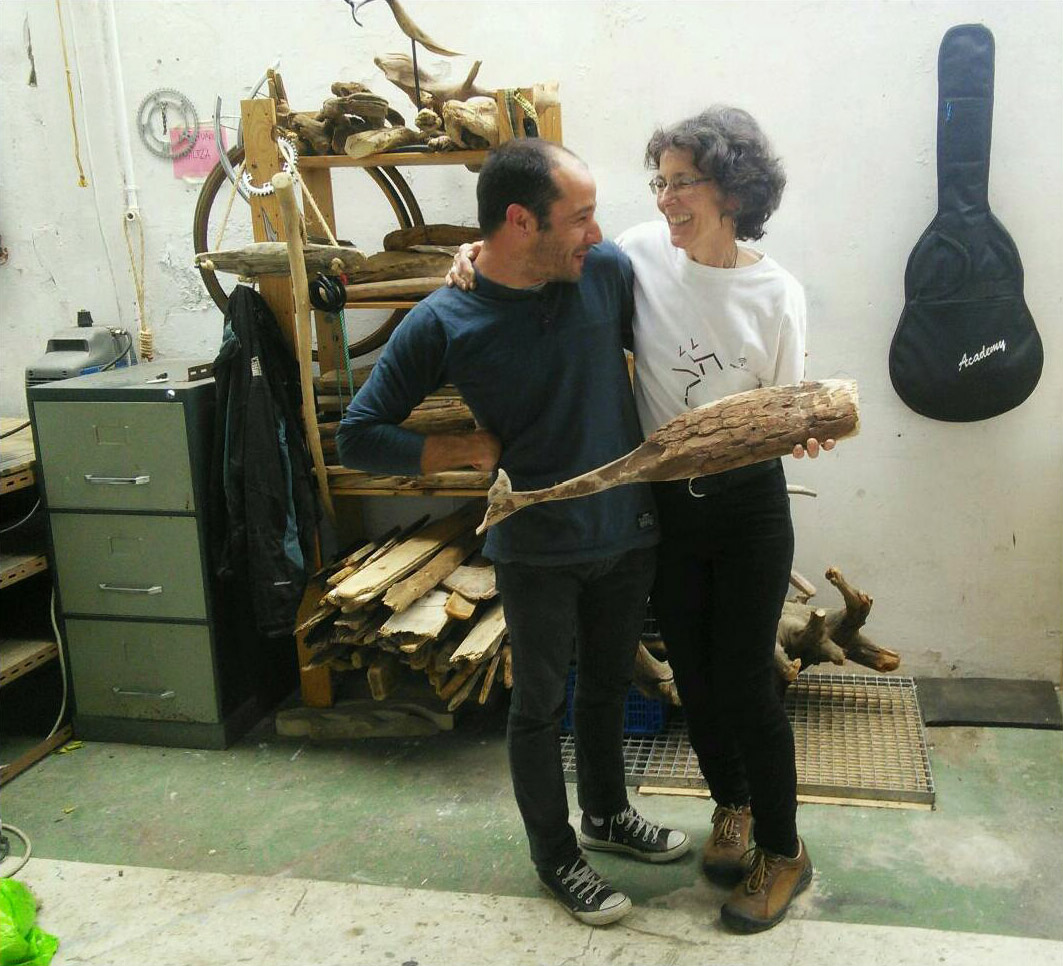 Joseba & Claire with one of his whales made from driftwood. 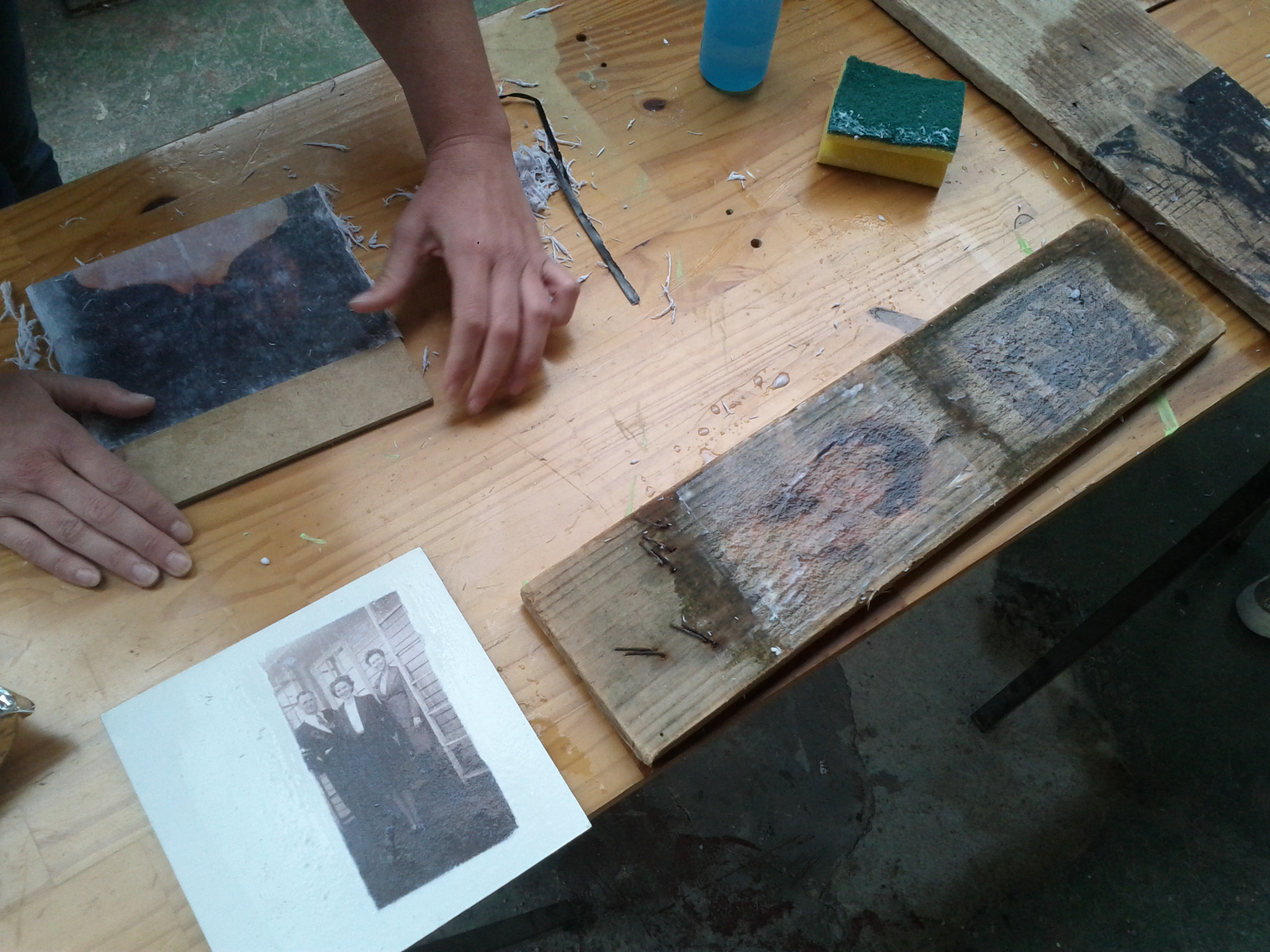 Adhering colour laser images to boards, then soaking & rubbing away the paper backing.

I wasn’t familiar with the extremely sensitive photoemulsion they used for screen printing at BoxA, and the sun was much more intense than in Wells at this time of year, so our first test screen was completely overexposed! Oops.

The second attempt worked well enough and from then on, everyone succeeded in making a stencil they could print. What a fine crew of people! I’m grateful to Garikoitz for having organized this, to BoxA for hosting, Claire for assisting, and of course to Izaskun, Jorge and Nader for their participation. 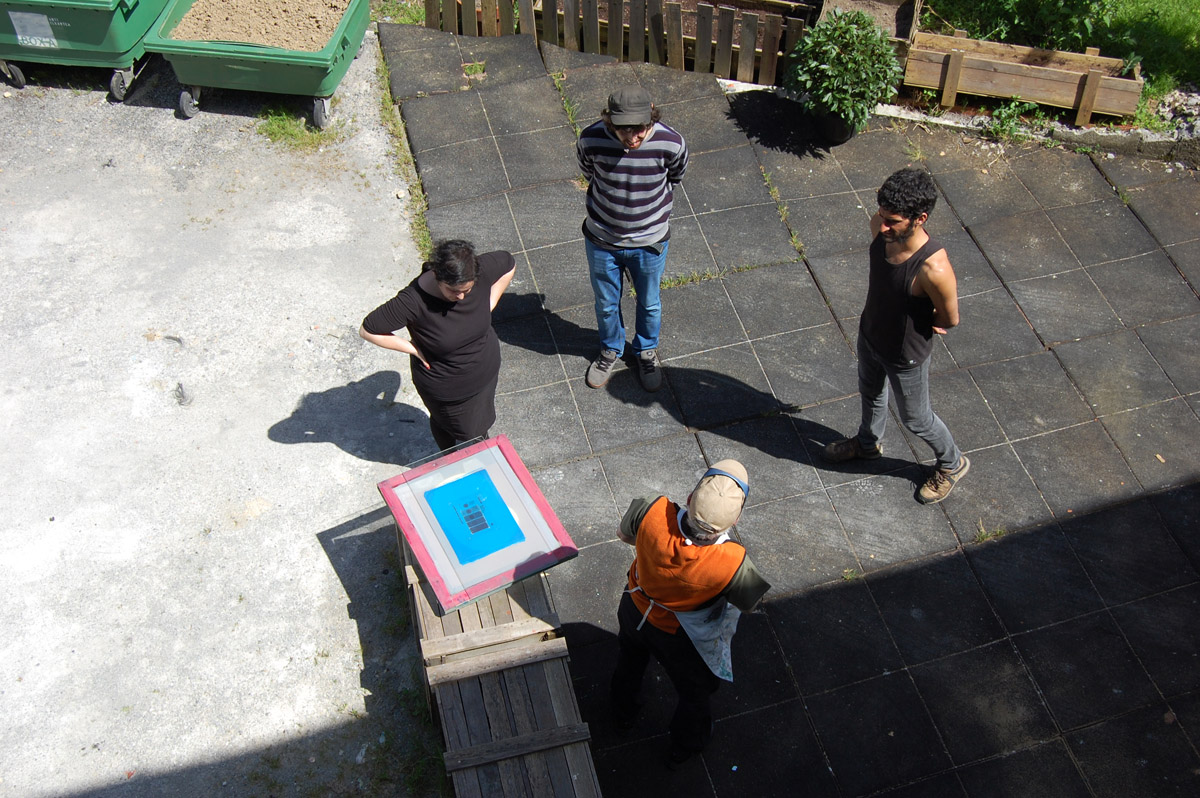 Our first exposure test in the courtyard below; Garikoitz C. Murua Fierro photo. 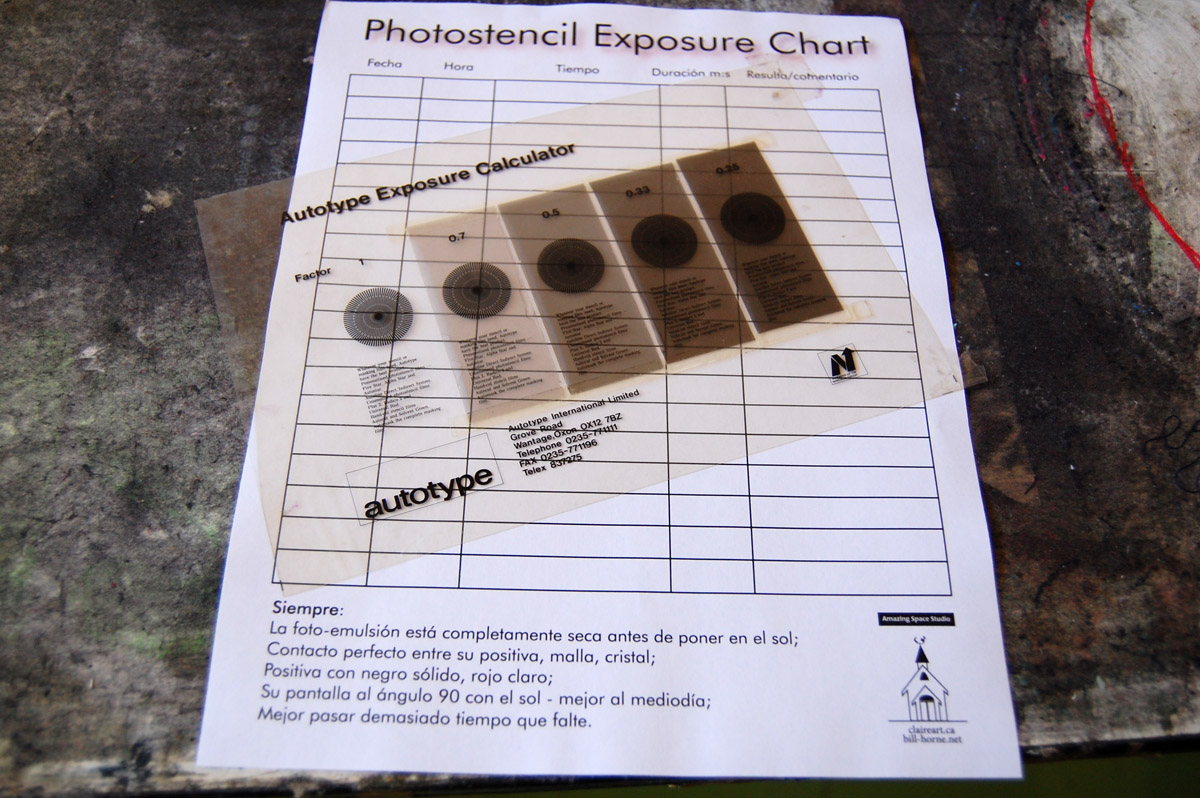 My 5-in-1 exposure calculator with a chart I developed for tracking exposures according to date, time of day, season, weather and results. 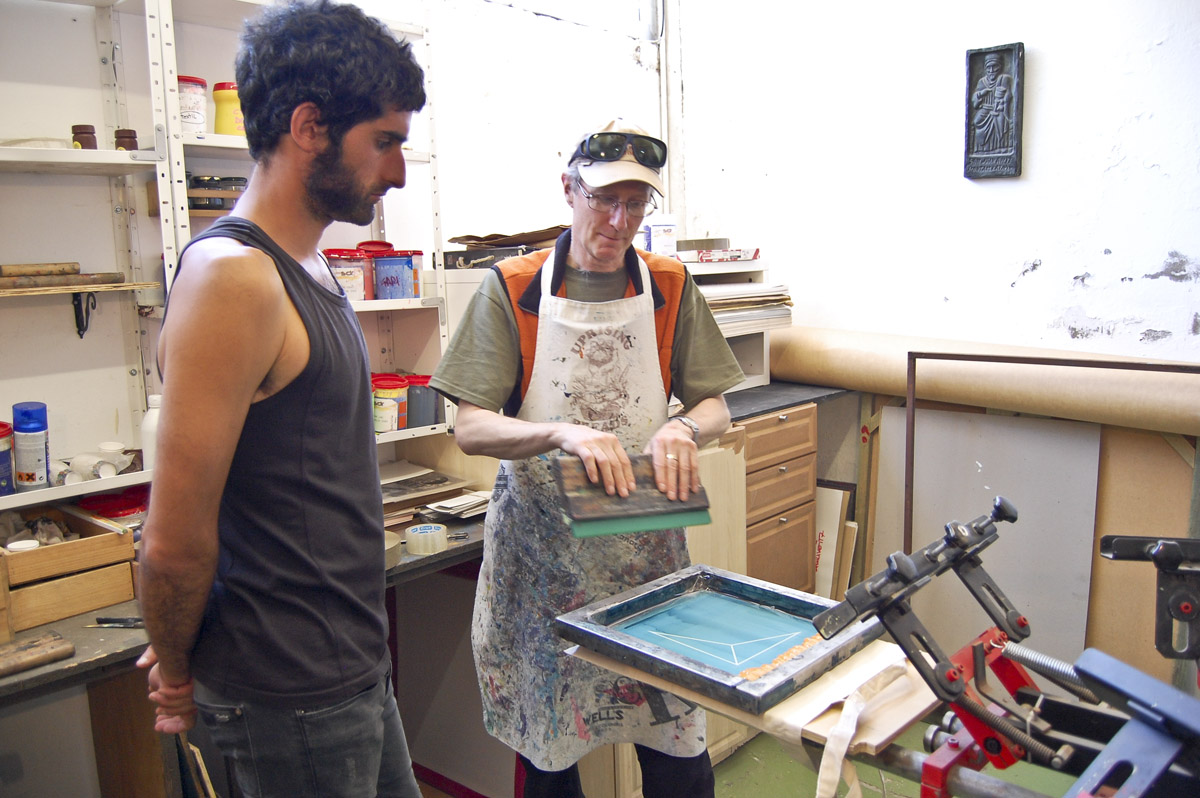 Bill & Nader discuss how to print his design on a canvas bag and align a second print to the first; Garikoitz C. Murua Fierro photo. 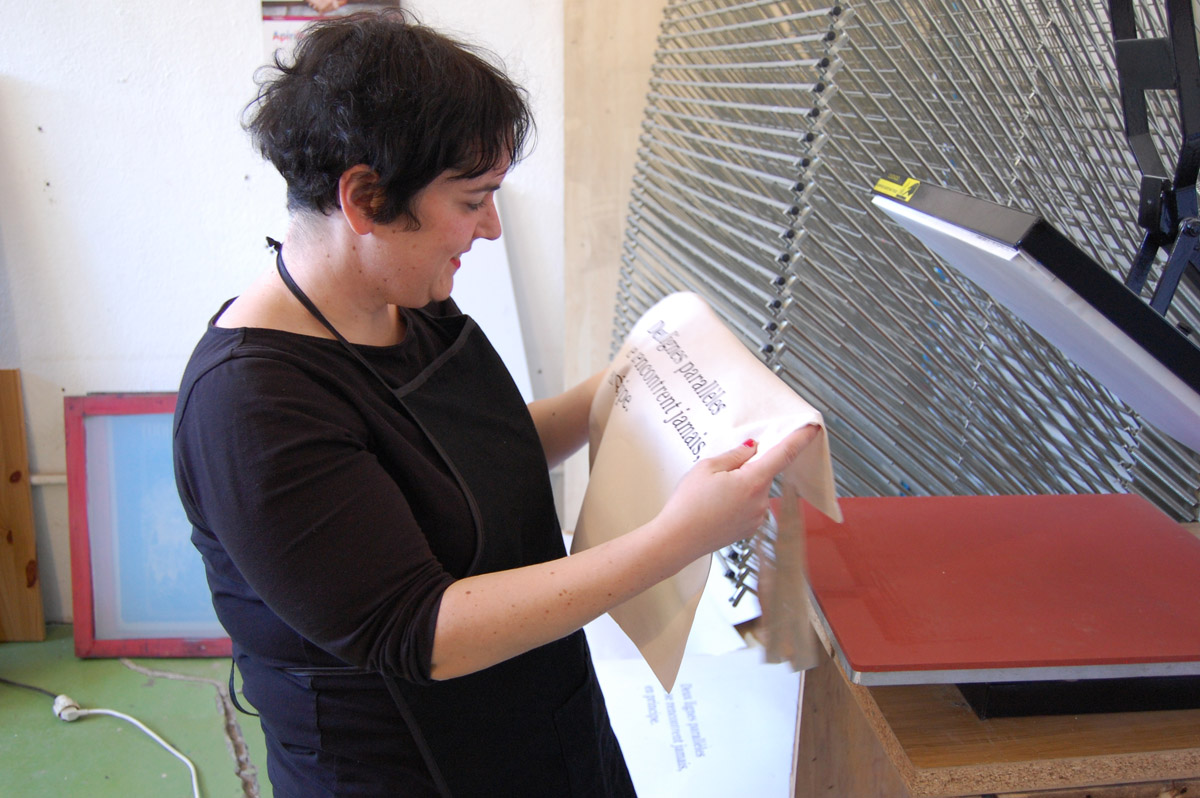 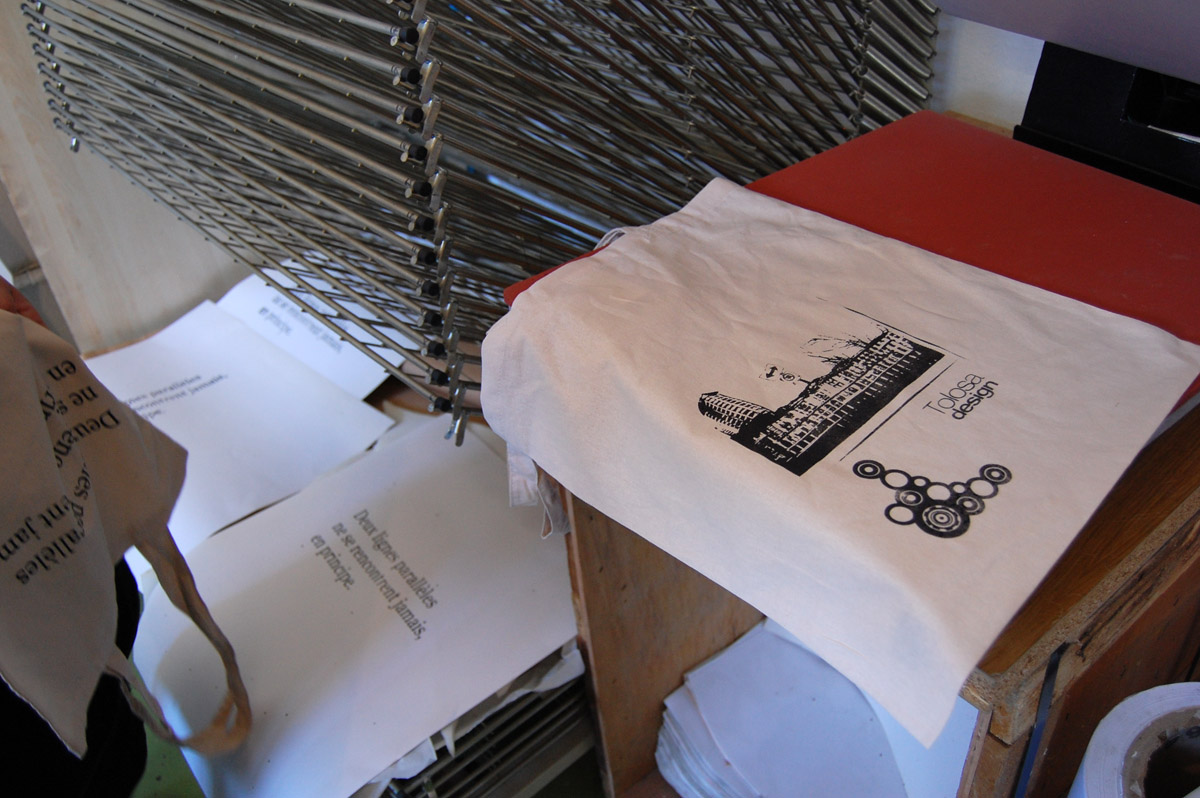 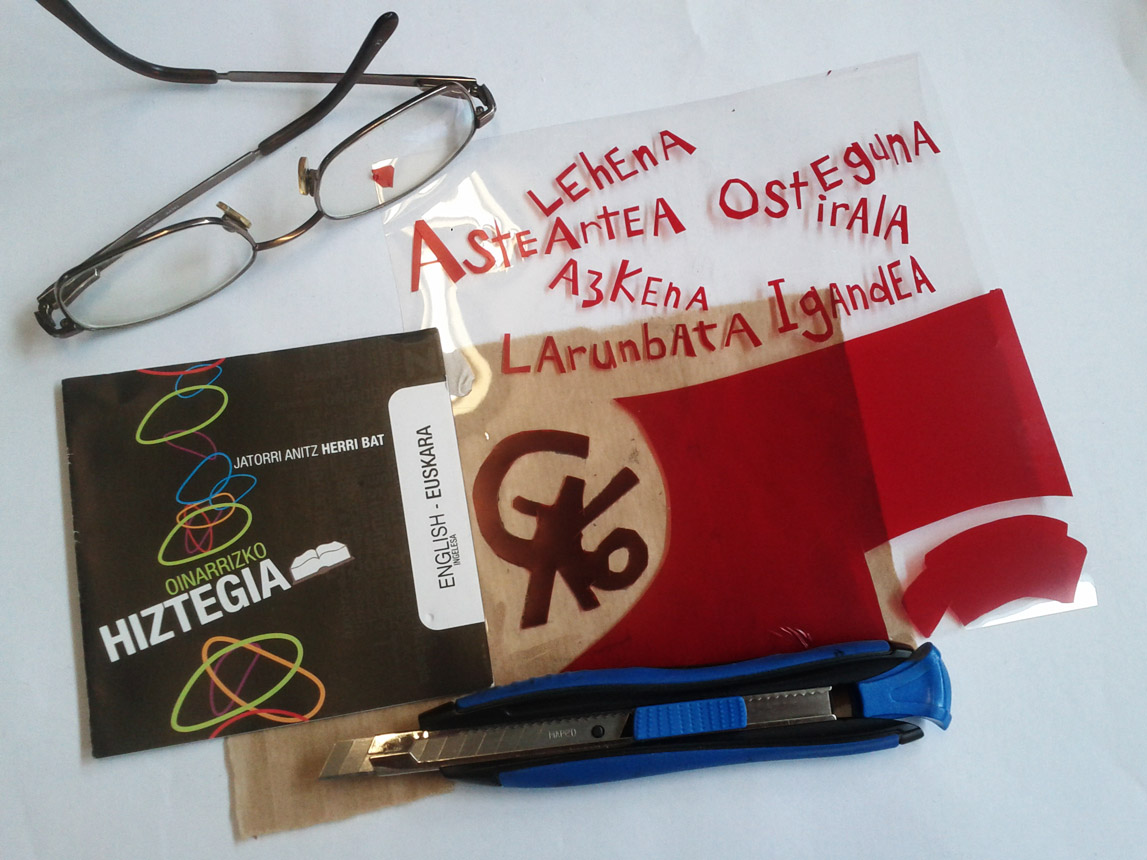 pI demonstrated the use of cutting rubylith for making film positives; these are the days of the week in Euskara, with a new variation on GKo Gallery’s logo. 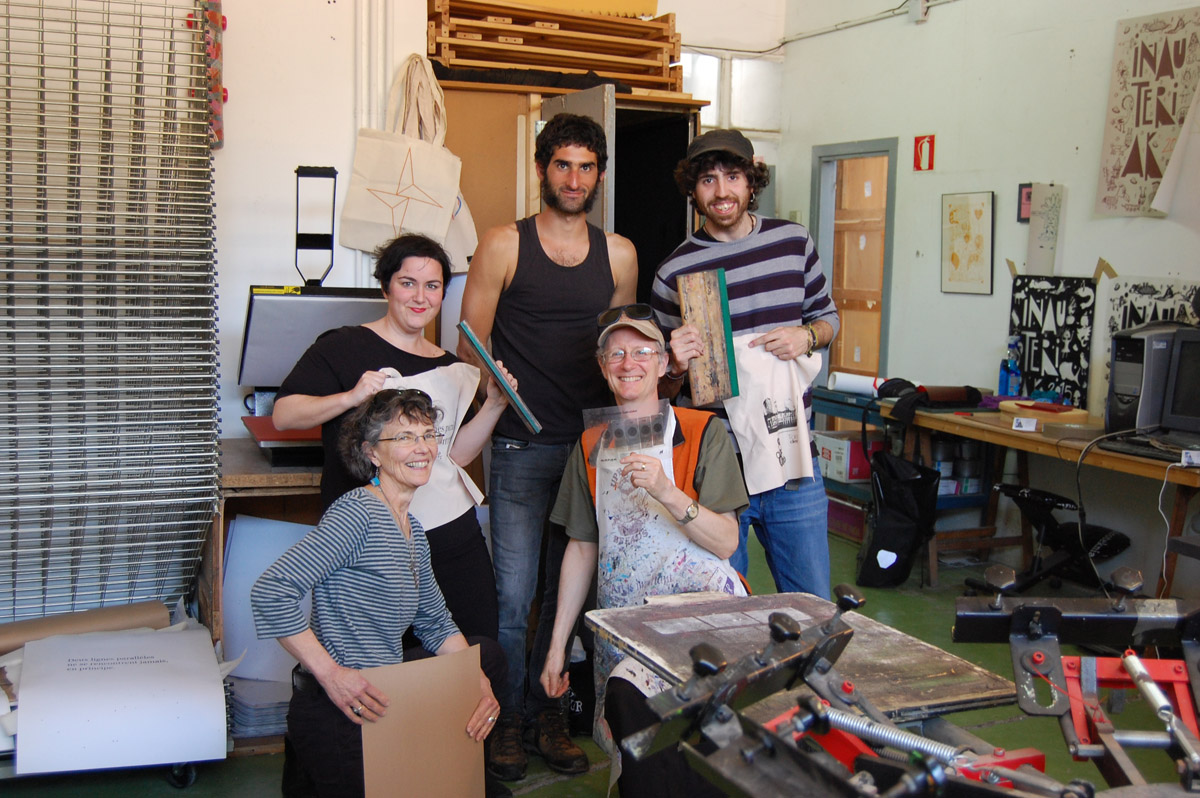